The Diversity Program of The Doctor

There has been a push since at least the 1980s to make The Doctor in Doctor Who a woman.  More recently the push has been to cast a non-white actor, primarily but not exclusively a black actor.

I would like to share my views on the casting possibilities of both a female and non-white Doctor.

In regards to the first, I oppose the casting of a woman as The Doctor.  I am sure that accusations of 'sexism' will be hurled in my direction.  WHY can't the Doctor be a woman?

Well, primarily because if we go by Canon, Time Lords and/or Gallifreyans (they are not the same thing) are not hermaphrodites.  Plain and simple, Time Lords have two genders: male and female.   They don't have dual genders within one body.  Time Lords when they have regenerated (such as The Master or Borusa, and I imagine both Romana and The Rani) have always regenerated as the gender they were prior to their regeneration.  For those who argue 'why can't the Doctor be a woman?', I would ask, "Why SHOULD the Doctor be a woman?"

Yes, in The Doctor's Wife the Eleventh Doctor says that a Time Lord called The Corsair had regenerated as both male and female.  However, two points on that.  That may not be literally true: it might have been either a joke or, to quote NuWhovians favorite line, "The Doctor Lies".   Second and more important, we never saw this actual regeneration, so can we say that it actually counts?

I know that today, this concept of 'cisgender' exists.  For those not in the know, to be 'cisgender' is to believe that you are the gender you were born into (if you were born male, you believe you are male, and the same for female).  Given the breath of sexual identification that has blossomed to the point of parody (I think one can be bigender, meaning that one can see themselves as both male and female, maybe even at the same time, depending on how he/she feels), I can see how calls to make a hereto male character into a female have grown.  However, this isn't a reason to cast a woman in a male role.

Casting against type isn't new.  The most recent version of The Tempest had Dame Helen Mirren play a female Prospero (which I didn't care for).  However, on the whole certain parts are male and certain parts are female, and to say that one gender cannot be excluded despite the intentions of the author(s) is not sexism.

Why stop with The Doctor? Why can't a man play Eliza Dolittle and a man Henry (or Henrietta) Higgins (which would make Higgins' song Why Can't A Woman Be More Like A Man? very bizarre indeed), or a woman play Don Quixote?  I don't hear calls for a soprano to take on The Impossible Dream or a boy to belt out Castle on a Cloud.  Why not cast the part of Cossette as a boy?  Simply put, because this was not the intention of either Victor Hugo or Claude-Michel Schonberg and Alain Boublil.  Similarly, as much as women may dislike this, the part of The Doctor was written for a man, not a woman.

What really would be the point of a female Doctor?  Is it to show that 'all are created equal'?  Is it to somehow avenge sexism/misogyny (and yes, Doctor Who is in certain ways, still struggling to be equal with regards to women all these decades later).  What could justify casting a woman as The Doctor apart from a sense of 'fairness'?

There is nothing in Canon (apart from one throwaway line) to justify or even rationalize casting a woman as The Doctor.  Some Time Lords are men, some Time Lords are women, just like in real life.  As much as I loath Steven Moffat, in this situation it is a case of a broken clock being right twice a day.  While he is sexist both behind the camera (there has been no female writer on Doctor Who since he took over and only one or two female directors) and what he puts in front of it (his female characters, particularly River Song, are fixated on the Doctor sexually or in some other ways dependent on him), he is right: casting a female Doctor would be as logical as casting a man as The Queen.

If people want to fight sexism on Doctor Who, they should put focus on the lack of female input behind the camera (which is where the real female problem on Who lies) rather on a token of having a Doctor with a vagina.

One last point on the idea of a female Doctor.  What would having a bigender Doctor really mean?  Imagine if you will, a female Time Lord who regenerates while giving birth into a male Time Lord.  Would the child be born at all (since, despite all the cis/bigender people, men still cannot give birth)?  Yes, it might seem all so silly to think on such minutiae, and I would say that that scenario is a bit absurd, but having a female Doctor (or Time Lords that can switch genders) opens the floodgates to these questions.

In a nutshell, having a female Doctor is illogical and serves no purpose apart from having women feel 'included', in a 'it's our turn' way.  I don't think it would be right or rational to have a Queen Lear or Wilma Loman (Death of a Salesperson, anyone?).  I support fairness and equal treatment, I abhor the lack of female writers/director on television in general, but fairness cannot trump logic. 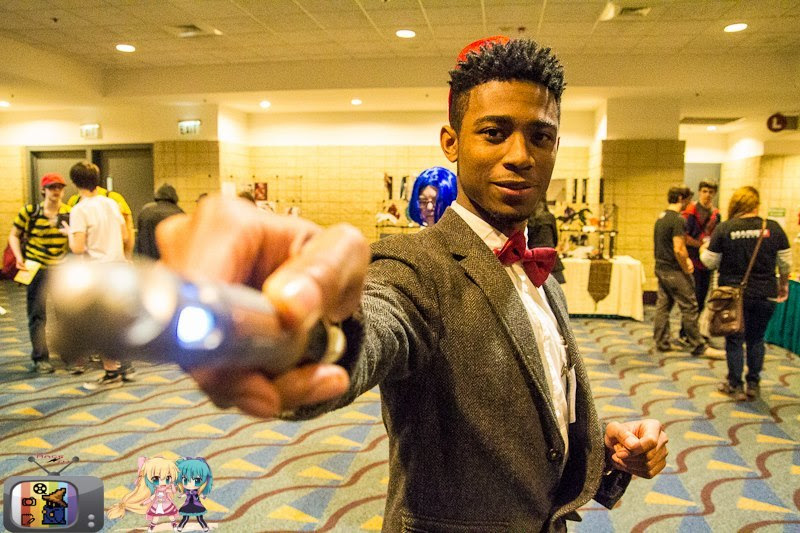 Now, on the other hand, the question of a non-white Doctor is one that merits much more study.  I find no reason why the Doctor cannot regenerate into a non-white male.  I repeat 'non-white' because unlike those who call for a black Doctor, I think the search should be expanded.  Why not an Indian Doctor, an Arab Doctor, a Jewish Doctor, an Asian Doctor, a Hispanic Doctor?

There is nothing in Canon to prevent the Doctor regenerating into another race altogether.  I do support casting a non-white Doctor BUT there is a proviso with that.

Again, what would be the purpose of a non-white Doctor?  Is it again merely to satisfy a sense of 'fairness', of 'it's our turn', or is it because that particular non-white actor is the best one around?  If one is going to cast a black actor as The Doctor MERELY to HAVE a black Doctor, that would be tokenism and that would be unfair to everyone involved: actor and fan.  It should be the quality of an actor's talent, what he can bring to the role, that should be the deciding factor.  If one found a good non-white actor to play the part, then he should be cast.


I for one think that casting Lupita Nyong'o or Shohreh Aghdashloo as the new Romana would be a brilliant idea (note that I cast women, not men, in the role of Romana).  Both have the elegance, the grace, and most importantly the acting talent to bring Romana to life.  We'd all be lucky to have them (or other British actresses of Indian, Arab, or Asian descent) as the legendary Time Lord.  Similarly, to have an Idris Elba or David Oyelowo as The Doctor would be great because they have the actual acting talent and could bring something to the role.

Each actor cast as The Doctor has brought a different interpretation to the part.  Tom Baker referred to the part of The Doctor as 'actor-proof', meaning that any actor with talent can make the part his own (Matt Smith proving the glaring exception).  I see no reason why a non-white actor could not do the same.

However, if casting a non-white actor is done in some effort to 'level the playing field', then I think again it would be unfair to everyone.  I'm Hispanic, and I never felt that I couldn't admire The Doctor because he didn't have a face like mine.  It's THE DOCTOR who is a hero to children of all races, and they (as well as the audience) really doesn't care what his skin is like, so long as he can BE The Doctor.

I don't think that can happen with a woman as The Doctor.  In that respect, a female Doctor really goes against continuity and common sense.  I repeat: Time Lords Are Not Hermaphrodites or Bigender, which is what you would turn The Doctor into if you cast a woman in the role.