The Woman Who Couldn't Cast A Spell: The Witchfinders Review 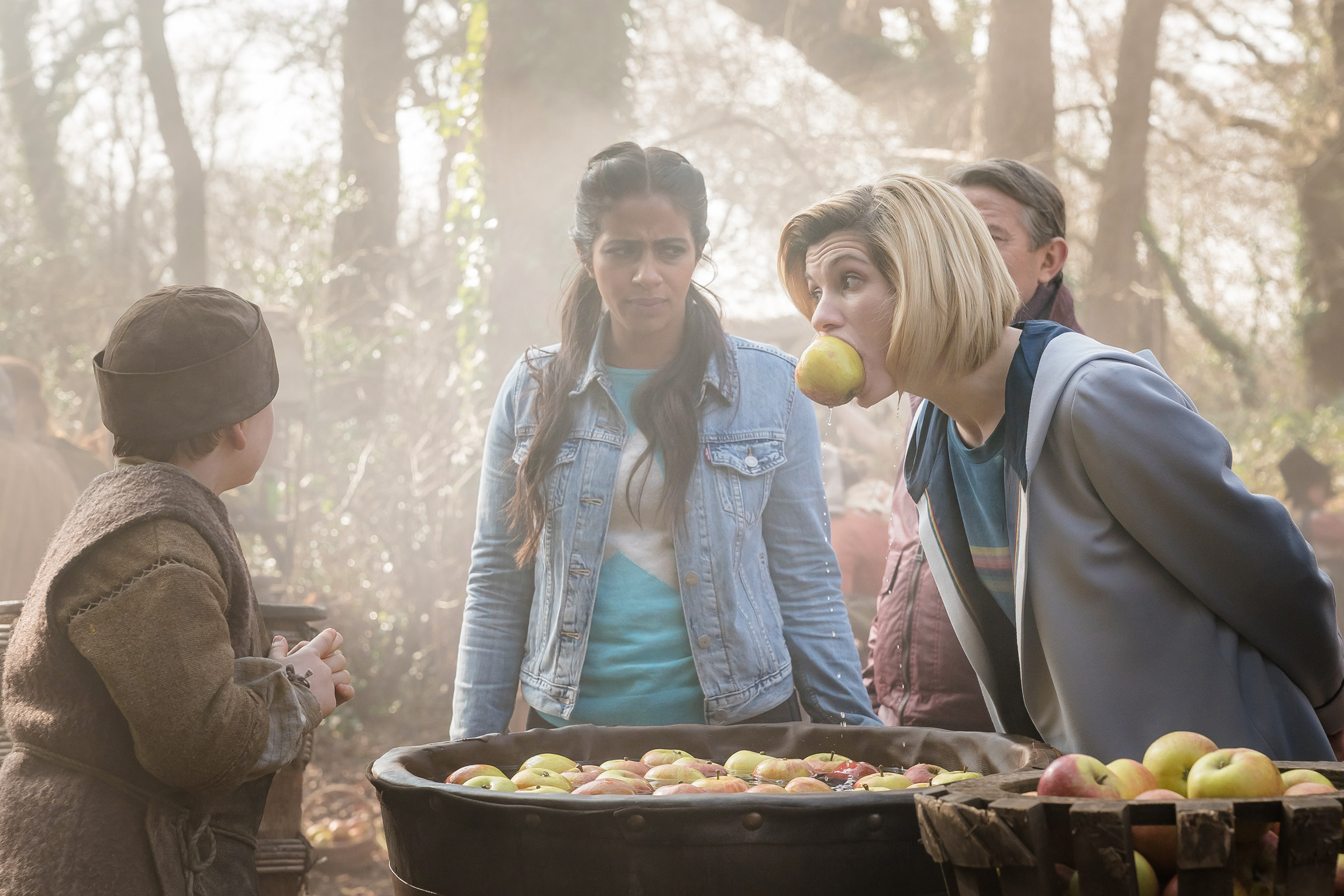 Not since Witchiepoo chased after Freddy the Flute on H.R. Pufnstuf have witches been as both comical and bonkers as The Witchfinders. Ostensibly a historic episode, The Witchfinders seems more concerned with virtue-signaling than being entertaining, let alone good.

The Doctress (Jodie Whittaker) and Her Companions Yaz (Mandip Gill), Ryan (Tosin Cole) and Graham (Bradley Walsh) do not go to Queen Elizabeth I's coronation as intended. Instead, she comes to 1612 Lancashire and a witch-dunking.

Mistress Becka Savage (Siobhan Finneran) has condemned Old Mother Twiston (Tricia Kelly) as a witch. If she drowns she's innocent, if she floats she is to be executed. A Jacobean "heads you lose tails I win" bit but the Doctress is there to stop the insanity. Mistress Savage, mistaking Her for the Witchfinder General, takes her to her estate of Bilehurst.

Ultimately though, we find that there are otherworldly reasons for these acts of The Devil, ones involving Mistress Savage herself.

The Witchfinders does not know where to find itself. I think there are many factors in this jumble of a story.

Director Sallie Aprahamian and screenwriter Joy Wilkinson seemed more interested in making commentary than on a good old-fashioned horror romp. That would be all right save for the fact that The Witchfinders makes it rather overt that sexism was very strong in 17th Century Britain.

Take this bit from Mistress Savage as she describes to Her the recent troubles that have led to the witch-trials. "I have tried to be a benevolent leader but it is very difficult in these times, especially for a woman". This line not only seems rather forced in but sounds odd given that Mistress Savage is probably old enough to remember the reign of Elizabeth I. It seems doubly strange given that as a woman she seems fine in drowning other women and having a royal appointment.

Perhaps it is not a royal appointment given how King James is so delightfully camp and sexist. He quickly assumes that The Doctress is Graham's assistant because 'no Witchfinder General could be a woman'. One is almost surprised His Majesty didn't literally thump the Doctress with his newly-created Bible.

Perhaps His Majesty is too distracted by the 'Nubian prince' Ryan to take much notice of how he doesn't think a woman can be in charge.

The most obvious bit of lecturing comes when King James and Mistress Savage both conclude She is a witch Herself. An exasperated Doctress comments "Honestly, if I were a bloke I could get on with the job and not have to waste time defending myself".

How soon She forgets...that the Third Doctor was accused of witchcraft in The Daemons. She also claims not being a big believer in Satan despite having met a Satan-like creature in The Satan Pit. The accusation of witchcraft, despite Her protests, has nothing to do with gender. Given the situation and script, a male Doctor would have been equally accused of being a witch.

All these bits suggest that The Witchfinders was leaning more towards messaging than storytelling.

Putting that aside, The Witchfinders also faces some other bad decisions. The shifts from deadly serious situations to comedy made things all the more jumbled. Whittaker for example could have played things straight but her inability to take things seriously hampered her. Granted not all that is her fault, but it seems so awful a thing to do with the character of The Doctress.

As she is being held back, with the dramatic music playing, She quickly goes for a comedy bit when asking to retrieve Her psychic paper. It's one thing to keep to the bad tradition of trying to make The Doctor 'quirky'. It's another to make it so deliberate. When talking about the Granny Zombie, She remarks that she has risen "Not to kill her, but to fill her". It's here where She pauses in self-delight. "Oh, check out my rhymes. Poetry under pressure".

The nadir is this bit. "I can buy this is the biggest-ever witch-hunt in England. Or I can buy it's an alien mud invasion. But both on the same day? I can't buy that!" Less than it's a woman delivering that line it is Whittaker delivering that line that makes it awful. She's trying too hard to make it comical, which is bad enough, but worse, she's trying to make it comical in what is meant as a serious moment.

It's a bad sign when you don't miss Her when she's off the screen. It's even worse when, even with goofy hat and all, you think Bradley Walsh would have made a better Doctor. Graham seemed to be the only sensible character around: investigating, realizing the dangers all about.

As for the guest cast, I think Cumming's overtly camp manner as King James was a mistake because again you cannot suspend disbelief long enough for him to make James the 'sad and hurt little boy' bit. Finneran was saddled with a weak character as Mistress Savage, and had some unintentional moments of comedy too.

Part of the reason things went witch-crazy involved Mistress Savage cutting down Old Mother Twiston's favorite tree (we discover that they were related). "It was spoiling my view of the hill," she said, giving the same answer Marvin the Martian gave for wanting to blow up the Earth.

I wish The Witchfinders had gone full The Wicker Woman on The Doctress.

Next Episode: It Takes You Away
Posted by Rick at 5:16 PM No comments: