Ten Things I Hate About Who. Number Ten: Vulgarity and Silliness 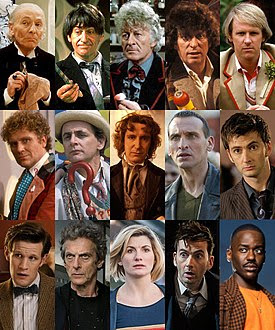 For this essay, I have added all pictures save the first, which was part of the original essay.

Mr. Berry has graciously allowed me to republish them as he posts them, and here is the tenth and final of a ten-essay series.  It is reprinted as written with the content exactly as it appears. The only alterations made are for any grammatical/spelling errors, spacing for paragraphs, and perhaps a few afterthoughts which will be noted after the photos.

With that, I present Part Ten of this series: 10 Things I Hate About New Who.

Okay I admit I've shoehorned two reasons into this the last of my posts, but as one story in particular closely connects both issues, I hope you'll excuse me.

I must confess I've never liked Doctor Who when it gets silly. That's not to say it can't have humour or be fun, but when it crosses the line into puerile frivolity it just doesn't work for me. The Classic series was not exempt from silliness: the Graham Williams era when Tom Baker began to get much more control over things often veered in that direction, and as a 12 year old I was mortified by some of the early McCoy stuff, in particular The Rani dressing up as Mel and Richard Briers doing a pantomime turn as the Chief Caretaker amongst other examples.

The loss of Power of the Daleks from the BBC archives perhaps spares us from some of the 2nd Doctor's more outlandish moments. Would this classic be undermined for instance by a moment not recorded in any telesnap, where the Doctor apparently gets up from a chair and walks off with it still attached to his behind? Generally speaking though, despite going through its camp periods, Classic Who nearly always realised it was a mistake and pulled itself together. The camp/silly periods were but but blips in the show's 26 year history.

Not so for the new series, where silliness seemed to be part of the show's remit from Day 1. No longer something to be embarrassed about or shied away from it has carried all the way through the show's 21st century incarnation. The modern version of Doctor Who to my mind has never had a prolonged period where it has been played straight.

What do I mean by silliness?, Some would argue that Doctor Who by its nature is silly and indeed there is a large subculture of fans who revel in the camp elements of the series. But going back to what I said in one of my previous posts, to suspend my disbelief I have to believe in what is going on and any silliness usually undercuts that. It is a fine line between what is acceptable and what is ridiculous, but can anyone argue that Christopher Eccleston's first episode was not irrevocably tainted by that awful burping bin idea? I remember thinking at the time I hope to God that was a one-off; sadly it wasn't and there were plenty more such moments to come.

Only 4 episodes in I was literally astounded by the two part Slitheen story where depths were plumbed which made all the criticism that had been levelled at stories like The Happiness Patrol seem minor in comparison. After going to great pains to point how that Doctor Who in the 21st century to quote Davies was being approached as full blooded drama, this was Doctor Who as send-up. The baby faced flatulent Slitheen being the sort of thing that would have once cropped up in a Lenny Henry or French and Saunders sketch parodying the show.

The Slithheen bring me neatly to my other point. You could once rely on Doctor Who being a clean cut show for the family, I don't think toilet level humour ever occurred in Classic Who. In short the series was tasteful well-mannered entertainment, the sort of thing the BBC name was once synonomous with. Crude vulgarity was just another bad aspect Russell T Davies brought to the show in his attempt to update the show.

The farting was but the first instance, another episode presented us with a lovely visualisation of frozen vomit; there was then the silly scene of Captain Jack having a laser pistol hidden up his behind which if RTD had gotten his way would have also given us a shot of John Barrowman's bum on prime time BBC1.

The following year brought us jokes about the Doctor's genitilia, rather inappropriate humour about the Royal Family and a tasteless inference of oral sex. To my mind all this stuff cheapens and taints the show and lowers it to the level of an Austin Powers movie.

The Matt Smith Era has seen this level of puerile silliness go into overdrive. We have now been subjected to the supposedly hilarious idea of the Doctor being naked 3 times, once hiding under a dress, then stripping for Comic Relief, and finally that lamentable scene in The Time of the Doctor with all that nonsense about holographic clothes.

It's almost at times as if Moffat is being deliberately iconoclastic. That he is supposedly a fan and has any respect for the integrity of a 50 year old character I find hard to believe.

The silly "Doctor Who?" joke seems to recur numerous times in the new series, particularly in the Moffat era, it as if he's trying to justify the name of the show to himself. The scene in Asylum of the Daleks with the Daleks saying "Doctor Who?" over and over and then the Doctor dancing around the TARDIS repeating it was positively embarrassing to watch.

There's also the sheer childishness of the 11th Doctor's Dr. Doolittle abilities as he chatted to a transgender horse. Of course any chance there is to get a gay or sexual joke in there Moffat and Davies are straight in (no pun intended: RA).

I could go on but it is almost impossible to watch Doctor Who these days without a story being blighted by these things, even some of the better episodes. Even though the new series has had moments of drama, it is to the side of frivolity that the programme inevitably leans. Since 2005 it would be fair to say Doctor Who has been afraid to take itself very seriously.

So that's my 10, I could probably think of another 10 but I'm going to leave it open to anyone else if they want to continue on from where I've left off. I have to say these posts have allowed me to get something off my chest which has been bothering me for a long time and I am heartened to see many of you have been in agreement with me about my misgivings . I am a lifelong fan of Doctor Who that no longer watches the series. It's a strange situation to be in and I feel cheated and robbed in a way.

I strongly believe that between them Russell T Davies and Steven Moffat have perverted a great sci fi icon into something cheap, crass and puerile. I have tried to like the new series, time after time I have tried to make excuses for it and forget the mistakes of the past and give it another chance but every time it lets me down. New Doctor Who leaves me feeling angry and mockingly contemptuous, rather than the comfortable feeling of nostalgia I get from the classic series.

I appreciate the show has to change and evolve. I never wanted a carbon copy of the Classic series. I believe we could have had an updated Doctor Who that was relevant to the 21st century and was actually good. Occasionally I have seen glimpses of this in the new series but it has never been capitalised on or sustained. A good percentage of the changes Davies and Moffat have brought to the show have been to its detriment.

It is now nigh on 10 years since Doctor Who returned and it should have been a cause for celebration. Instead I can only look back on 10 years of disapointment, failed potential and on how I became shut out of a show that had been such a big part of my life. Compared to the achievements of those original first ten years, I honestly feel the show has moved on very little from that first episode in 2005.

It's like the series is stuck in Groundhog Day or as Doctor Who would call it a Chronic Hysteresis and to paraphrase Romana... I dont think it'll ever get out of it.