The Scrambled Eggs of The Doctor

I finished Kill the Moon not with anger but with sadness and resignation.  Quietly, like the acceptance that what I once loved was gone and probably never to come back, I figured that Doctor Who today is not the show I grew up loving.  It isn't even the show I grew to hate.  What Doctor Who is now is something unnatural, something self-absorbed, something that doesn't relate to anything other than showrunner Steven Moffat's own megalomaniac and rather short-term view.  It's as if he and with few exceptions the production crew now know they can peddle all sorts of crap our direction and the sheep-fans Doctor Who has will accept it unquestioningly.  I looked on Kill the Moon as again another divisive episode, only this time the divide is between fans and critics.

The Doctor (Peter Capaldi) is being chastised by his part-time Companion Clara Oswald (Jenna Coleman), which seems to be a common theme this season.  This time, he's been chastised for telling Courtney Woods (Ellis George), the student from The Caretaker who threw up in the TARDIS, that she wasn't special.

I don't think she's special either, just another obnoxious tween in a world full of them; Courtney is petty, smart-mouthed, and narcissistic about their own importance to the world.  She isn't particularly bright, beautiful, or clever.  She's not kind (actually quite unpleasant and whiny), not helpful, nothing in short out of the ordinary.  However, because the Doctor dared to tell Courtney that she wasn't 'special', the high-minded, somewhat prissy Clara is apoplectic.  The Doctor simply HAS to tell Courtney she is 'special'  Never mind that this 'special' girl stole the Doctor's psychic paper (and apparently figures out what it is) and is using it to buy beer (at fourteen already drinking booze...certainly Prime Minister-material to me)  Never mind that Courtney has been unpleasant towards the Doctor and certainly to both Clara and Danny (mocking their not-so-secret romance).  She has to be told that she is SPECIAL.

No wonder kids nowadays have inflated opinions of themselves but can't figure out that fifteen is greater than thirteen.

In any case, the Doctor has been all but ordered to show Courtney how special Courtney is, so he offers her the chance to be the first woman on the Moon.  With that, it's off to the Moon for the three of them, coming onto the satellite in 2049 (thirty-five years from now).  However, there is something wildly wrong on the Moon.  The Doctor is concerned that the Moon has gained weight, and that there are unused nuclear bombs all around him.  We then plunge into the mystery when Captain Lundvik (Hermione Morris) and two others arrive there.  Their mission: to destroy the Moon.  That weight the Moon gained caused a great tide to kill thousands, and now the Moon must be exterminated, not an easy task given that space travel was abandoned years ago. Well, once on the Moon they find that Mexicans are at the heart of all this (even in Britain, the anti-Hispanic attitude is unabated).  The mining expedition has nothing to show except bodies and cobwebs.  Soon, we find spider-like creatures are emerging from the Moon, killing the two other astronauts (they really weren't all that important anyway).  Courtney is saved from one of them by her disinfecting spray (I kid you not).  Her reward: shunted off to the TARDIS for her own safety, where she manages to get on Tumblr to post pictures on the Moon (amusing Lundvik, whose Granny did the same thing back in the day).  Well, eventually we find out what's going on.

The Moon is an egg.

The Doctor declares that the Moon has ALWAYS been an egg, and now the egg is hatching.   This creature now is, wait for it...THE ONLY ONE OF ITS KIND IN THE UNIVERSE!  (This, I understand, is unique in the history of Doctor Who, for we've never come across a creature who was 'the last of its kind' in the show's entire run, both Classic and NuWho).  Ludvik is for killing the creature before it hatches.  Clara and Courtney are for letting it be born (even if it means potentially killing all humanity).  Clara turns to the Doctor basically make up her mind, but the Doctor up and leaves, forcing the three of them to do the impossible: decide for themselves.

With the world having voted to blow the Moon up, in the words of James the Movie Reviewer, Clara is basically "a massive b*tch to democracy", deciding to not go with the will of the people and save the creature.  The Doctor comes in, takes them all away, and we find that the creature hatches, and mercifully it immediately hatches another Moon-sized egg to keep the tides turning.

However, despite learning that Courtney Woods will rise to become President of the United States*, Clara is absolutely infuriated by the Doctor for leaving her and tells him off.  She is angered by his abandonment at her hour of need and says she's pulling out from his life.  Danny Pink (Samuel Anderson) tells her she isn't finished with the Doctor just yet.

Well, so the Moon is a giant egg.  It always has been.  Isn't it great though, that it basically remained dormant all these billions of years until now to have this little tale of idiocy.

Now, I know that I was told that Doctor Who isn't suppose to make sense (because, in the words of a NuWhovian who told me when I brought up points of logic, "It's British!"), but even by the low standards of Doctor Who, the Moon is an egg thing is dumb.

Kill the Egg (as I dub this episode) doesn't just ask us to suspend disbelief.  It asks us to suspend thinking altogether.  As when the newly-born creature can hatch an egg upon birth to basically take the place of itself (rather convenient, don't you think).   The Mexicans could go to the Egg but apparently with space travel abandoned they pretty much were left there.  What if some other Egg-related catastrophe required them to leave or have others come back?  What then?

Courtney can wipe out a spider with what looks like Windex (taking notes from My Big Fat Greek Wedding, maybe).

Courtney uses Tumblr but Ludvik (who is from the future) never questions why such 'ancient' technology is still being used.  To me, it would be like someone travelling to our time saying, "I'm sending a message by Morse Code" and me not looking at all puzzled as to how something so foreign is still being used casually by a teen.  That didn't ring true.

Neither did the scenario itself.  I can't feel that the Earth/Moon are in danger because there really is no set-up for it in Peter Harness' script.  We start with a cold opening of Clara telling the world of their plight, but I didn't feel the tension because we can't feel for something we know nothing about).  The stakes, I'm told, are high, but I never felt they were, merely that I was TOLD they were and so I had to worry.

Also, the idea that Clara is so outraged by the Doctor going off when she basically was ordering him to solve the problem for her.  I again could never get excited or feel that this was real.  So what that the Doctor left.  Can't she figure something out for herself?  She obviously could, given how she quickly dismissed the world's decision (which in itself seems rather strange in how half the planet could vote on something so quickly).

As a digression, the only part of the world where lights would be visible would be where it was night, but this part of the world is probably asleep and unaware of the serious vote they are asked to participate in (leaving aside the potential language barrier).  The part of the world that is awake to listen to the broadcast would be in the light of the sun, and the need for electric lights when there is sunlight is pretty low.  What did they do: wake up the dark side of the Earth and tell them, "turn off your lights because some big-eyed girl told us we need to save some creature that's about to hatch from the Moon?" 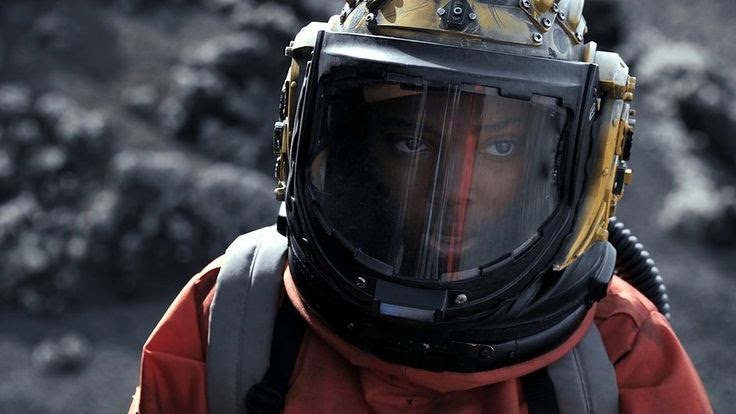 I also wonder what the point of Courtney was (apart from having another annoying child to contend with).  She didn't play a major role in Kill the Egg, and spent the majority of the episode like the rest of us: bored out of our minds sitting there, waiting for something to happen.  Either George is a bad actress or Doctor Who casting director(s) enjoy picking child performers whose only qualifications to be on the show is to look mopey and whine throughout.

I won't even get on the 'the only one of its kind' tripe that has been used to death on Doctor Who.  Why can't they ever come up against creatures who have billions of beings?

Well, there was nothing in Kill the Egg that should please someone with some intelligence.  You had bad acting (apart from Capaldi, who is turning into the Colin Baker of the Modern Who Era--a good actor trying his best with lousy scripts).  You had a story seriously flawed in every aspect.  You had no sense of tension or suspense.  Kill the Egg for me had nothing to make it anything other than total lunacy...

Next Episode: Mummy on the Orient Express

As the original title for this review was The Moonraker of The Doctor...