The Ghost Hunters of The Doctor

Well, there went THAT idea.

Last time, I had said that Toby Whithouse had drawn inspiration from Alien/Aliens for Under the Lake.  To conclude his two-part story, which I'm calling Ghosts in the Water, he seems to have drawn inspiration from both Predator and Alien vs. Predator.  Now, I love Predator.  Alien vs. Predator...ah, that was pretty bad.  The sequel was even worse.  Therefore, what could have been a great ending became a merely OK one.  I didn't hate Before the Flood.  After the fantastic opening to Ghosts in the Water Part I, one would have to really be bonkers to flop Part II.

The Doctor (Peter Capaldi), along with two of the scientists from the underwater base, O'Connell (Morven Christie) and Bennett (Arsher Ali) have gone back in time to before the city they are investigating was flooded, specifically 1980.  They find the first victim, the Tivolian known as Prentiss (Paul Kaye), still alive and well who tells them the ship is a hearse carrying the remains of one of Tivoli's many conquerors, the Fisher King.  What Prentiss doesn't know is that the Fisher King too is alive and well, and the King kills Prentiss.

In the future, Clara (Jenna Coleman) and the other members of the underwater base, Cass (Sophie Stone) and Lunn (Zaqi Ismail) are still shocked to find the ghost of the Doctor before them.  Cass, reading the Ghost Doctor's lips, realizes he is listing off a series of names in a specific order.  The first is O'Donnell.  The second is Clara.  They conclude this is the order of people killed.  When the Doctor learns of his ghost, he realizes he cannot change history and is destined to die at the hands of the Fisher King. 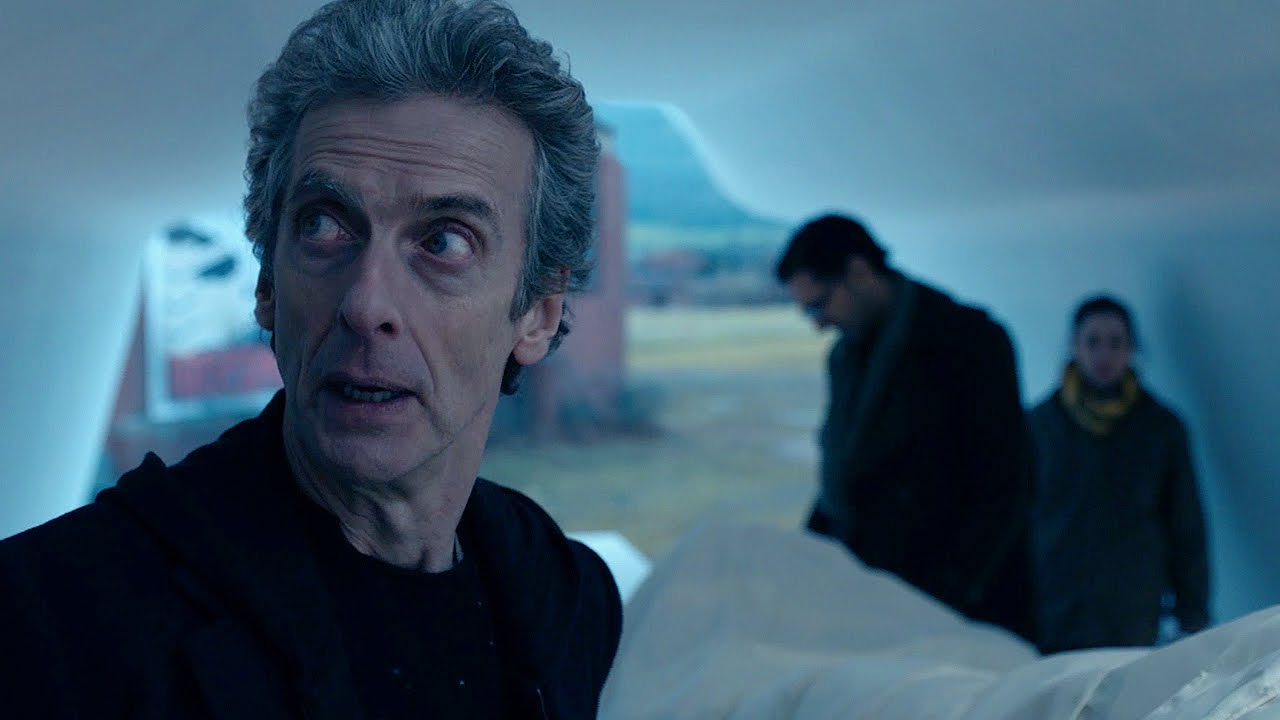 Tragically, O'Donnell is killed by the Fisher King, making Bennett highly upset that the Doctor didn't save her.  Now the Doctor has to save Clara, the next person on the list.  The O'Donnell ghost now appears on the base, taking Clara's phone.  In order to retrieve it, Clara pushes Cass to let Lunn go get their only means of communicating with the Doctor since they won't hurt Lunn.  Cass hates the idea but Lunn agrees with Clara.  Lunn gets trapped in the main room, and Cass and Clara have to go out of their safe room to get him.

The Doctor faces the Fisher King alone, and tricks him into going back to his ship where he finds that the dam wall has burst open, drowning the down.  Bennett is sent back to the future but we have no idea where the Doctor is.  We discover that he is inside the hearse!  The ghosts, responding to the roar of the Fisher King, are doubly tricked: the Fisher King is not there, and the Ghost Doctor is really a hologram.  Trapped in the Faraday cage, the Doctor tells them UNIT will come to spirit the ghosts away.  Bennett, heartbroken over his lost-love O'Donnell's death, tells Lunn to confess that he loves Cass before it's too late, and after doing so, they kiss.

When they leave, The Doctor reveals to Clara that the names he listed were random, but that he was motivated to act by placing Clara's name second.  As for who really wrote Beethoven's Fifth (the question and scenario the Doctor gave at the beginning), well, since the Doctor stated Beethoven himself didn't write anything but had someone give him the music already written, that mystery still remains.

Right off the bat I should say that the whole Beethoven thing really bothered me to no end for two reasons.  One, it denies the true genius of Ludwig with a cheap joke (and smacks of that whole "Shakespeare didn't write Shakespeare" nonsense snobs like Sir Derek Jacobi push.  Second, it just wasn't funny or clever.  Worse, the Doctor breaking the fourth wall to talk to us and tell us about this bootstrap paradox I guess to explain how he saved the crew by changing the future.

Still, I think our first clue that the Doctor's Ghost wasn't real should have been when we heard the names listed.  "O'Donnell, Clara, Doctor, Bennett, Cass", the Ghost Doctor repeats.  My question would be, 'how could the Doctor give the names of people killed after he was supposedly killed'?  Being a ghost, he would be dead already, so how could he know that Bennett and Cass were killed after him? 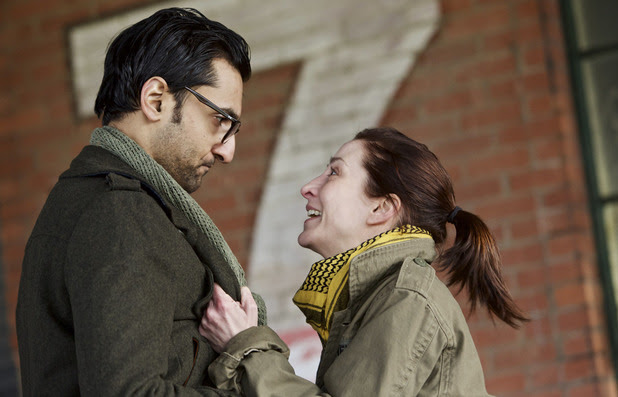 Maybe I'm overthinking this, but I can't help be bothered by what I feel is a bit of a logical fallacy. As if the whole "The Doctor wrote the Ninth Symphony and every bit of Beethoven's catalog" thing wasn't a bother already.

I also wondered what exactly the Doctor was doing in that statis chamber all those hundreds of years: sleeping it off, waiting patiently until the base staff opened it up.  Oh well.

It does seem a pity that once again, Doctor Who kills off better Companion material than the Companions we have now.  Back in the day, Companions were introduced during the story to be brought on board. From Vicky, the first Companion outside the original cast, to Ace, the last Companion before the show went on 'hiatus', almost all Companions were brought aboard after their first encounter with the Doctor.  Now, just like before, we see good characters killed off.  I would have liked to have seen Bennett and O'Donnell serve as Companions over Big Eyes Clara, especially since Christie and Ali were so good in the roles.  They would have balanced each other well: O'Donnell's fangirl with actual intelligence and courage and Bennett's intelligence with a reluctance to fight.

I especially liked Ali in Before the Flood.  He could be funny (as when he says upon meeting Prentiss, "My first proper alien...and he's an idiot") and he could be full-on straight dramatic (as when he chastised the Doctor for O'Donnell's death).  I didn't believe the whole "Bennett was in love with O'Donnell" bit because I though he had eyes for Big Eyes, but Ali did try to convince me of such.

In fact, Before the Flood was remarkably well-acted by everyone, so that was a plus.

What I didn't care for was the Fisher King himself, who proved a bit of a bust.  As a side note, I understand Slipknot 'singer' Corey Taylor provided the roar of the Fisher King, and while it's made out to be some sort of acting coup equal to having Dame Judy Dench appear as the Rani, I can only yawn since I don't know Slipknot and don't care one whit.

Anyway, the Fisher King himself wasn't that great of an antagonist, more in the growling to be menacing style than an actual antagonist.

It also doesn't help when you find yourself shouting, "Slap her!" when you see Cass scowling at Clara.

Now, I don't think Before the Flood is a disaster.  Instead, it is a terrible let-down after the brilliance of Under the Lake.  It failed to match the first part, and too many wrong things (weak villain, the Beethoven bit, a desire to bitch-slap Big Eyes) took away from the good parts.

That being said, on the whole Ghosts in the Water is an OK story overall. 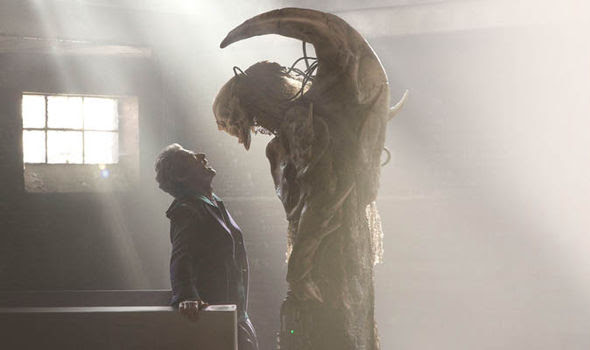 Overall Score for Ghosts in the Water: 6/10

Next Story: The Girl Who Died
Posted by Rick at 1:21 AM