The Communist Manifesto of The Doctor 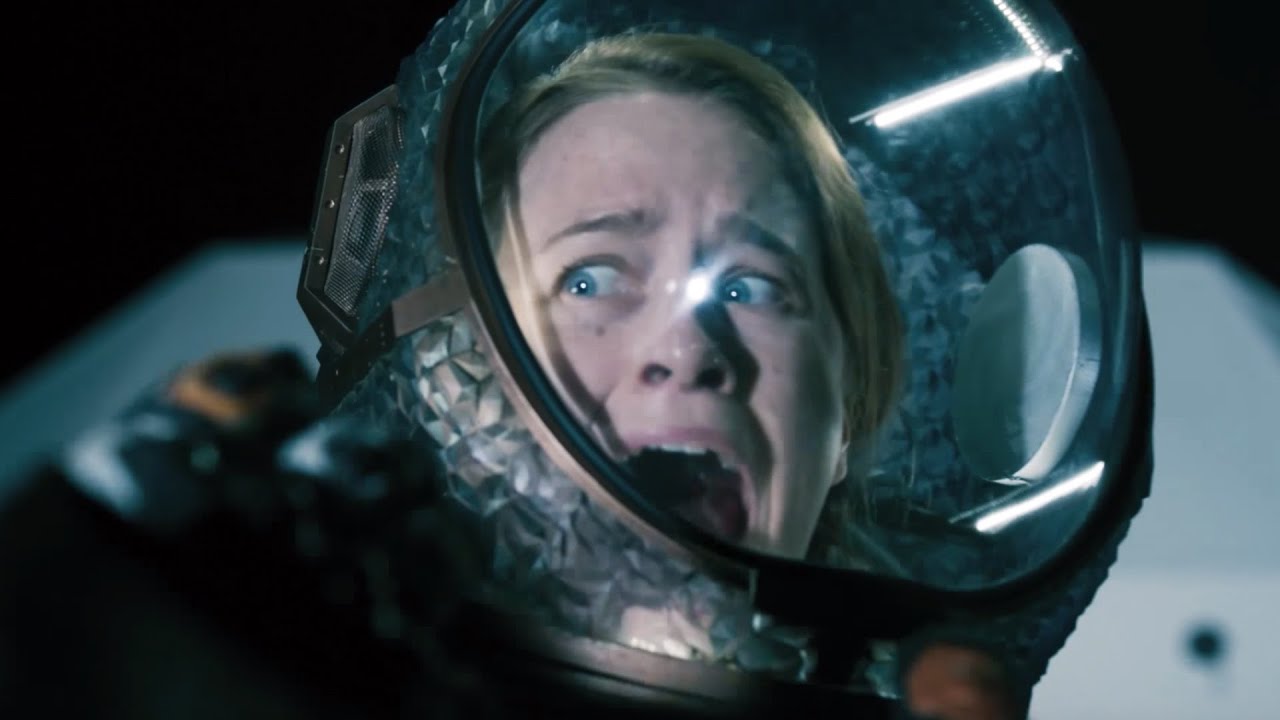 I'm really split on Oxygen.  On the one hand, I found it well-crafted, effectively filmed, with a logical conclusion.

On the other, I found it bordering on if not actual propaganda, something that might have been approved by Stalin, Mao, or the Kim Monarchy in North Korea.

This split is causing me to look at Oxygen with two sets of eyes, those of a critic and those of someone who hates seeing overt messaging in film/television (even if I agree with them).  I am highly bothered by the messaging in Oxygen, both the way it is done and the message itself.  I detest it when programs are used for propaganda whatever the intent.  Maybe in the ensuing moments, I can find myself looking at Oxygen again with yet another set of eyes.

And none of that is meant to be a pun or commentary on the ending of the episode.

The Doctor (Peter Capaldi) and his Companions Bill (Pearl Mackie) and Nardole (Matt Lucas) respond to a distress signal in space over Nardole's objections.  He is adamant that they remain on Earth to guard The Vault, but the Doctor's wanderlust and Bill's desire to see more of the universe overrule him.  Once on the station, they find that the oxygen is not there for their use.  It is a commodity, one that they have to pay for.  As they are using unauthorized oxygen, it must be expelled.

The Doctor manages to stop them getting sucked out into space but now are beyond the reach of the TARDIS.  The only way to safety is to find the four survivors, but that means putting on spacesuits that are not in the best of conditions, and that have low oxygen.  Making things worse are the zombies in spacesuits who are following the suits directives to eliminate the organisms within them.

At first, the Doctor thinks there was a wild malfunction in the spacesuits, but as time goes on, after interacting with the survivors and trying to keep them all alive, he realizes that there was no malfunction.  The rescue ships that are coming are not actual rescue ships.  They are the crew's replacements.

Far from being a glitch, the spacesuits worked exactly as they were programmed to do.  In a universe where oxygen is sold at 'competitive prices', the unnamed Corporation decided the most cost-effective thing to do is literally kill its employees and bring in new ones.  The Doctor decides to rig the machine to make it cost-ineffective to kill the few survivors, no easy task given that in order to save Bill, he lost his sight.  Even harder when you think Bill has been killed by the zombies.

In the end, they all return.  Bill is thrilled, Nardole is angry and berates the Doctor over his actions and orders him to "LOOK AT ME!"  Sad that he can't...for he is still blind. 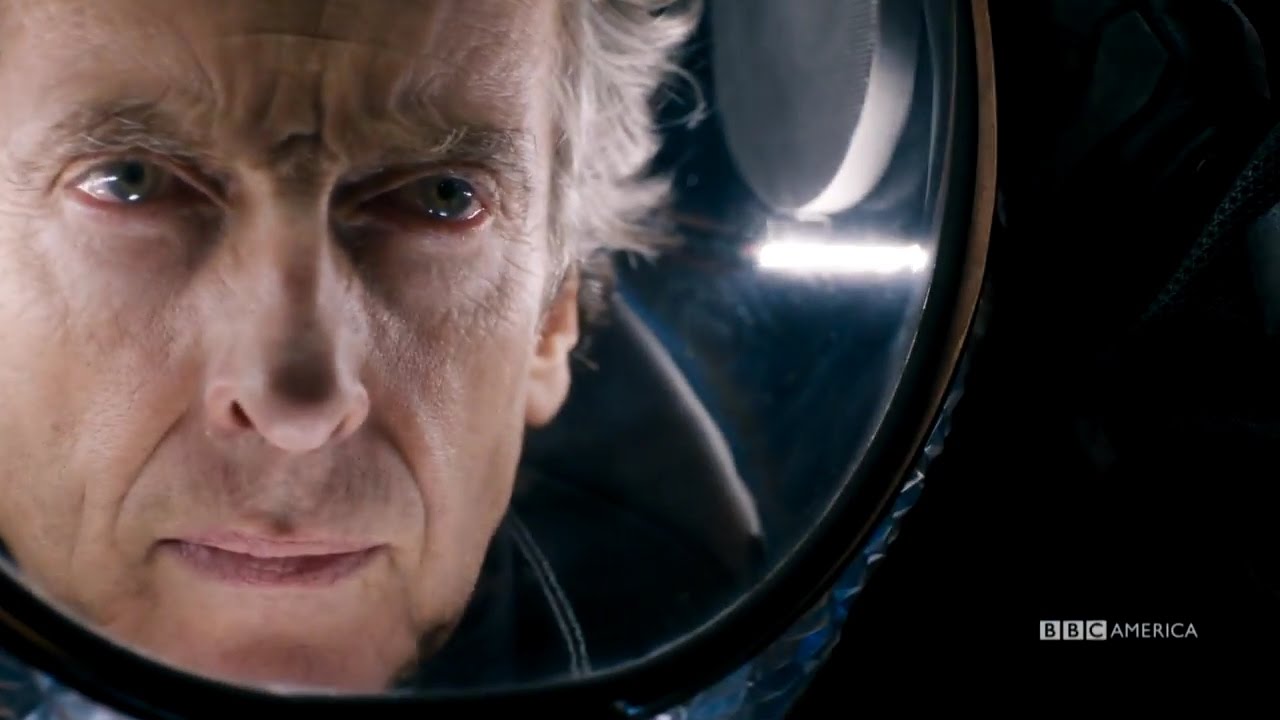 There is a great deal to admire with Oxygen.  Jamie Mathieson wrote two of the best Capaldi-Era Doctor Who episodes (Mummy on the Orient Express and Flatline), and here again he delivers a pretty quality-level script.  The resolution to the crisis is remarkably logical, built on thought and reason versus other Doctor Who tropes (love saves the universe).  Chris Palmer's direction was equally effective: the flight from the zombies from an oxygen-deprived Bill is tense and almost nerve-wracking (aided by the fact that there is no music to make it dramatic, both trusting the moment is dramatic enough).

Oxygen is helped immensely by Mackie's performance.  She is really coming into her own as Bill, both the enthusiasm and the fear her character has.  The moment when the Doctor asks her if she trusts him and he seemingly leaves her to die is almost terrifying, and seeing her 'die' is almost shocking.

Mackie also is allowed moments of humor, when she meets Dah-Ren (Peter Caulfield), a Blue Man group reject.  Her surprise at seeing a blue-skinned figure is undercut with his remark that they had to 'rescue a racist', surprising our biracial lesbian.  Her insistence that she not only isn't a racist but usually on the receiving end clearly puzzles Dahh-Ren, who wonders how that is possible.

However, a lot of Oxygen is undercut by Mathieson's anti-capitalist screed.  When the trio first arrive, they are hailed as being from "the Union", which one of the survivors insists is a myth.  In this part of the universe, the Union will save them from the murderous Capitalists, before they have a revolution and set up a collective.  The messaging behind Oxygen is blatant, in-your-face, and even if I held to the idea that capitalism is downright murderous (which, unchecked by morality, it can be), there is something in me that highly dislikes overt political messaging.

I find that the best type of science-fiction as allegory works when it can be read both ways: both as the surface story and as a commentary on the times.  The worst types are the ones that are overt and obvious, like Oxygen. 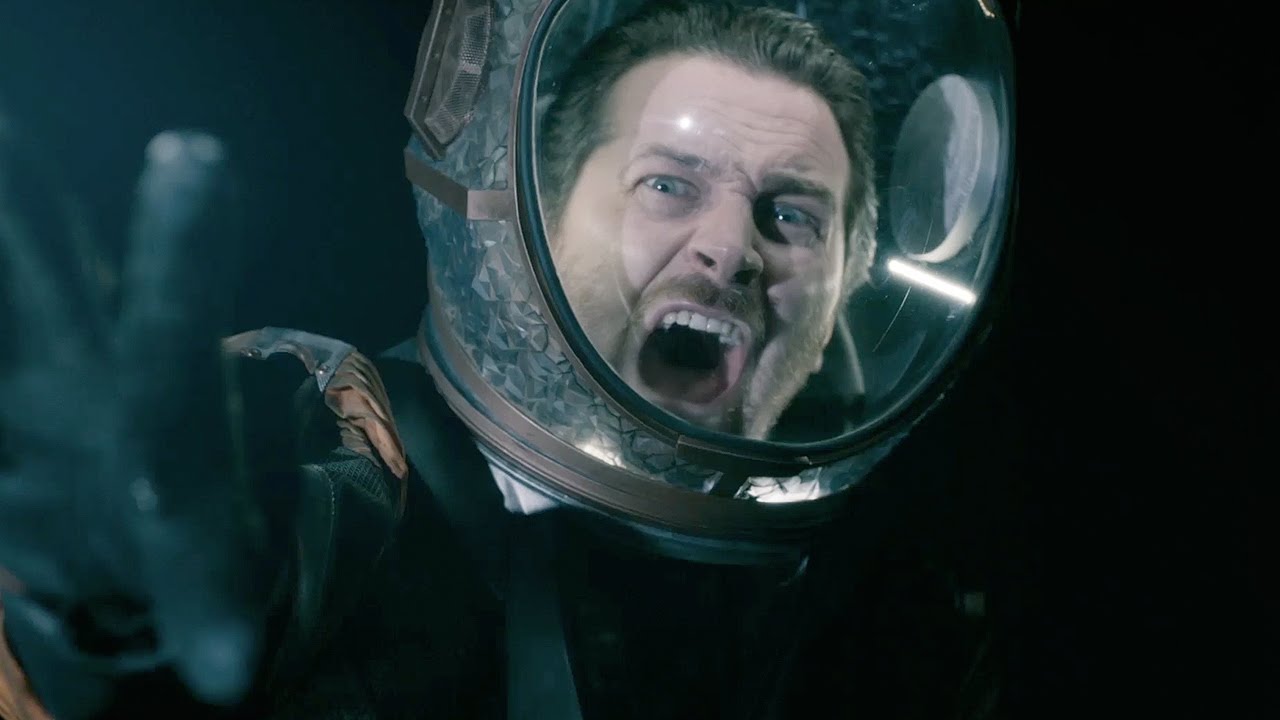 I think there would have been nothing wrong with the original supposition that the spacesuits malfunctioned.  You could even have it to where there was sabotage to benefit one of the survivors.  However, the fact it was this distant, remote Corporation does not make it a real threat, even if Mathieson holds capitalism to be the ultimate evil.

I look on stories like the Third Doctor stories The Silurians and Inferno.  Both were political and had a firm left-wing viewpoint.  However, they could also be seen as mere adventure stories, one where the politics did not overshadow or overwhelm the basic story.  Oxygen is not on that level.  It could have been, but it chose to put its own political viewpoints ahead of the story.  That knocks it down, and even if I agreed with the point of view of Oxygen, I would still be bothered with it.

Oxygen brings to mind two other episodes that covered similar grounds: the Fourth Doctor story The Sun Makers and the more recent Sleep No More.   The former was also about a group of oppressed workers and the evil Corporation that was taking advantage of them (though it was more through high taxation than through oxygen depravation).  In the latter, it was a group of zombie-like creatures on a spaceship.

Still, on the whole Oxygen was a remarkably strong episode, one that I would thought higher of if not for its overt propaganda.  I can imagine this coming out of Soviet Russia, and I figure the Chinese would hold Oxygen up as a reason to keep the Communist Party in charge.  Its blatant propaganda is something to give pause on.

In the end, I've decided to metaphorically split the baby.  The pluses of Oxygen (tight script, strong performances) balance out the minuses of Oxygen (a ham-fisted anti-capitalism message, a sense of deja vu with The Sun Makers).