The Secret Archives of The Doctor 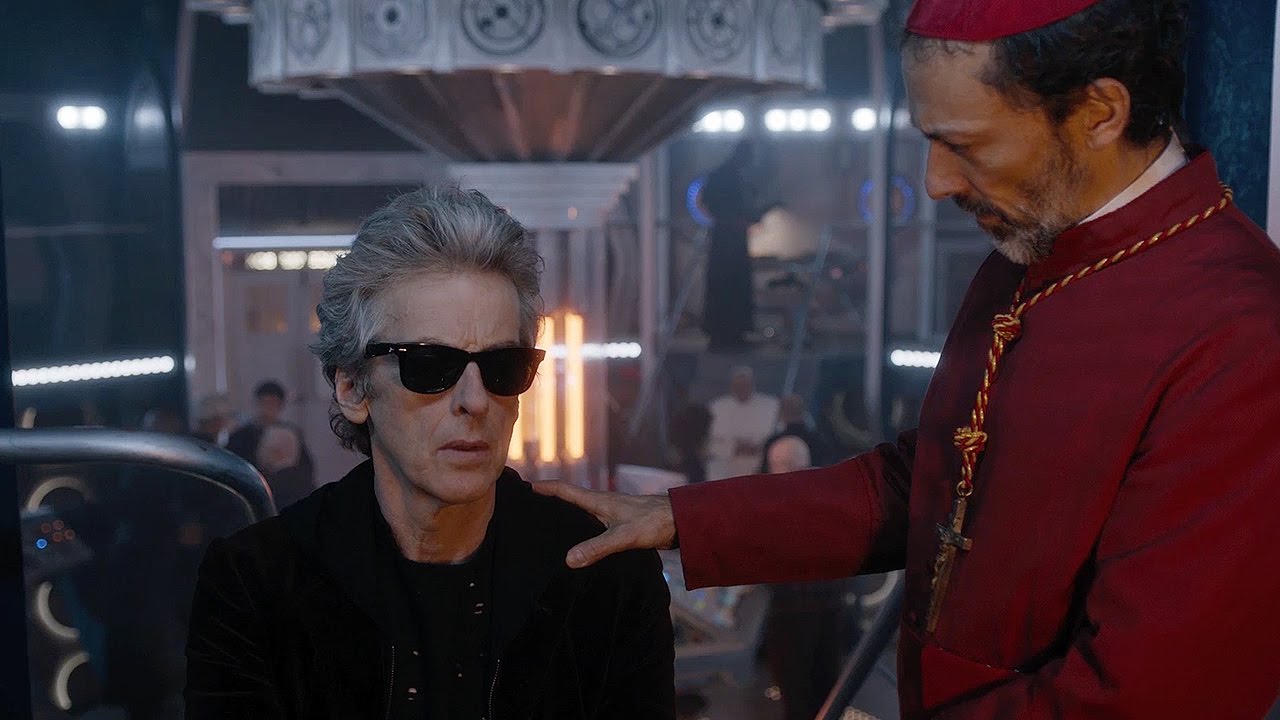 With Extremis, Doctor Who is embarking on a rare three-episode story, generally dubbed The Monks Trilogy.  Extremis has many positives, and if it had aired a few seasons ago would have ranked higher.  It's unfortunate, however, that much of it is reminiscent of what has come before, which dilutes its positives.

The Doctor (Peter Capaldi) is still blind from the effects of Oxygen, though only Nardole (Matt Lucas) knows this.  It's at perhaps the worst time possible for the Vatican of all places to ask for The Doctor's help.

Inside their Hereticum, the secret archives of the Vatican's Secret Archives where they hold the most blasphemous books, is one called Veritas.  The Veritas was written in an unknown language, just recently interpreted, but every person who has read it commits suicide within twenty-four hours of reading it.  Now, the Doctor, along with Nardole and Bill (Pearl Mackie) will go into the Hereticum to translate the Veritas and uncover what is its deadly secret.

This comes at a bad time for Bill, who is on a date with Penny (Ronke Adekoluejo), but it's not a real date since Bill, despite her "I'm a proud and open lesbian" manner, still hasn't told her foster mother Moira (Jennifer Hennessey) that she's a lesbian.

As a side note, does anyone else think it's a bit strange that a woman I believe in her twenties is still living with her foster mother?

In any case, it's a bad lesbian date when the Pope barges in from one's bedroom shouting in Italian (and again as a side note, the last three Popes have been Polish, German, and Spanish, none of whom spoke Italian as a first language, so why is the Pope speaking Italian when we haven't had an Italian Pope in almost forty years?).  Bill isn't happy about the intrusion, but she goes to the Vatican to help in the mystery.

It isn't long before the Doctor, rigging up a device that will give him temporary sight and who manages to keep everyone clueless about his blindness despite the sunglasses and having to have Nardole explain everything to him, finds the Veritas.  To their surprise, there is a light that guides all except the sightless Doctor away.  Nardole and Bill are surprised to find themselves first in the Pentagon, and then at CERN, a lab which has received the translated Veritas via e-mail.

It is now that Bill and Nardole make a shocking discovery.  What they thought was a portal created by aliens is really a simulation.  Nardole disintegrates, leaving Bill to try and find The Doctor.  The Doctor, for his part, encounters The Monks: skeletal beings who whisper their menace and take hold of the Veritas, as part of their plan for world conquest.  Bill goes through another portal and finds herself in the Oval Office, where the President has committed suicide and the Doctor is waiting.

Here, Bill learns the truth of the Veritas: this Test of Shadows details the plans for a demon to simulate realities, and those within those simulations, discovering that they are not real, decide to kill themselves.  That explains why at CERN, every time Bill and Nardole were asked for a 'random' number, they would say the same number: their world, indeed every world, was not real.

Bill herself disintegrates, asking for the Doctor's help.  The Doctor confronts a Monk, and tells him that he knows this is all a simulation, but he's e-mailed himself all the information, and is ready to fight them.  To fight them, of course, means he needs the help of The Mistress (formerly known as The Master), and he goes to Missy (Michelle Gomez), whom he has locked up in The Vault for a thousand years, as throughout Extremis we saw what should have been his/her execution, but the Doctor instead has managed to spare her/his life.

Extremis is a mix of The Matrix (this world is not real but computer-generated), The Ring or Ringu (a person will die after seeing something), and The Silence from Series 5 (shadowy figures who speak softly, walk menacingly, and are our newest threats for world conquest).  Perhaps this mishmash of things we've seen before both on and outside Doctor Who is what makes me less enthusiastic.

To a point, it comes down to timing.  Had The Monks been the Series 5 villains, we still would have or should have had comparisons to The Matrix/The Ring, but we wouldn't have yet another 'religious order' bent on world domination.  It's all gotten a bit boring and repetitive, down to making the fictitious Pope Benedict IX very clearly a woman. 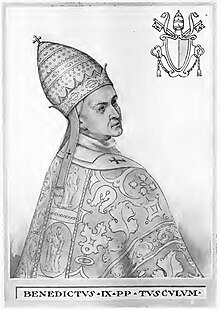 I'm not exactly sure why writer Steven Moffat opted to choose Benedict IX, who if Wikipedia is to be believed was one of the most scandalous figures to ever be Bishop of Rome, even for his time, or why he decided not to hit upon the more legendary but better-known 'Pope Joan'.  It is easy to speculate, but it does seem a strange choice when he could have created a wholly fictional pontiff on which to bestow the title Popess.

In any case, the entire storyline of the Vatican and the Veritas in retrospect seems almost funny: female Popes that the Vatican knew about and even had portraits of, buried within the grounds of Vatican City, with an Italian-speaking Pope.  What is more amusing is that no one was none the wiser of the blindness of The Doctor, or that anyone even asked or questioned it.  That does seem a bit too farfetched.

Be that as it may, Extremis wasn't a horrible episode if I go along with the idea that all this was a simulation.  I wasn't sold on the idea of The Doctor saving The Mistress or Nardole popping up to try and stop the execution.  I certainly wasn't buying Gomez's performance of a 'repentant' Master, and wondered whether it might have been better to have built a whole episode around that instead of intercutting it with the Vatican storyline.

I actually wanted The Master/Mistress dead, so I wasn't cheering her on to be spared.  It also does make one wonder why so much mystery about what was in The Vault when there was speculation it was The Mistress all along.

There was a lot of good in Extremis.  Mackie continues to make Bill a strong Companion: loyal, determined to live life, intelligent, and even amusing (her comparing the Hereticum, also known as The Library of Blasphemy, with Harry Potter was a nice touch, albeit one that will date the series).   Capaldi was equally strong as The Doctor: his attempts to keep going despite his blindness made the Doctor both vulnerable and a bit stubborn.  Murray Gold kept the score subtle and noninvasive, and we got some good twists and turns (albeit again, ones that weren't that big of a shock).

I didn't dislike Extremis.  I actually liked it a bit.  If it weren't for the fact we've seen a lot of this before (and dragging The Mistress into it) it might have ranked higher.  Still, Extremis was not bad, and given that Series 10 has been stronger than in the past, that is saying quite a bit.

Next Episode: The Pyramids at the End of the World