The Scottish Sojourn of The Doctor 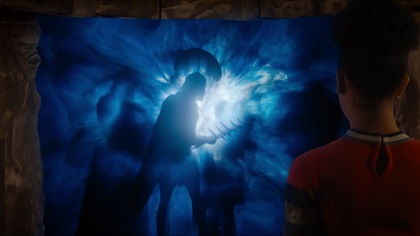 STORY 274: THE EATERS OF LIGHT

Bill (Pearl Mackie) is now an expert and enthusiast on Roman history, particularly of the Roman invasion of Britannia.  She gets the Doctor (Peter Capaldi) to take her to Scotland, where she theorizes that the legendary lost Ninth Legion will be found.  They take Nardole (Matt Lucas) with them.  She knows that the Ninth are there, or at least their remains, but the Doctor is not convinced.

Soon, they are split up, and Bill literally falls in with the surviving members of the Ninth Legion, while the Doctor and Nardole are taken by the Pict children who defeated and slaughtered the rest of the Ninth.  They do share a common enemy: strange creatures that are devouring people, leaving them husks.

The Doctor investigates and finds that these are locust attracted to light, feeding off it.  What he thinks are mere seconds to him he finds have been days of him lost in the chamber where the Pict people go once a generation to be Gatekeepers.  Soon, the Doctor establishes that the current Gatekeeper, a girl named Kar (Rebecca Benson) allowed one of them to escape so as to defeat the invading Roman army, but now unless they get the locust back, he will start devouring everything with a light source, up to and including the Sun.

Bill, meanwhile, is still with the last of the Ninth, young boys who fled in terror and fear they are cowards.  Their leader, Lucius (Brian Vernel) appears to fancy Bill, but upon being told by her that she's a lesbian, he is none too fazed.  After all, he admits to being bisexual and that one of his soldiers is gay himself.  While fleeing the locust, they find the Pict, the Doctor, and the Noodle, I mean, Nardole.

They must put aside their differences to defeat this creature, but how will they defeat it?  First, with some music, they draw it into the cairn where the other creatures are attempting to enter.  Next, the Doctor opts to sacrifice himself so that he can continue fighting them, his regenerative abilities allowing for a longer lifetime to fight them.

This none of them want, particularly Bill.  Kar and Lucius join forces in overwhelming the Doctor, who is knocked down.  Bill tells him he's wrong, and Kar, Lucius, and the remaining members of the Ninth Legion enter the portal to do battle against the Eaters of Light for time and eternity.

There are things about The Eaters of Light I didn't care for, in particular how the transgender Master (Michelle Gomez) was fitted in there.  I figure Munro pretty much had to include her.  I also saw that Nardole continues to be unnecessary: he could have easily been removed from The Eaters of Light without impeding the story much, if at all.

It is curious though that the main things I didn't like about The Eaters of Light are things that Rona Munro had nothing to do with.  Just about everything else I did enjoy tremendously.

Well, there was one thing that left me a bit puzzled: the sex talk between Bill, Lucius, and the other Ninth Legionnaires. I don't think Bill mentioning her lesbianism was forced or as part of a way to bring in some agenda into the show.  We forget that in Roman times, homosexuality was more open, where people could have all sorts of liaisons and few thought much of it.  Now, the Romans, despite their lack of shock over same-sex relationships, themselves did not have same-sex marriages and apart from people of dubious reputation, like Emperor Nero, confined marriage itself to opposite sex regardless of actual attraction.

It's not the homosexuality of Bill or bisexuality of Lucius that makes me question the inclusion of it in The Eaters of Light.  It's the idea that a man, even a bisexual one, automatically finds the first woman he's seen in a while as a sexual being.  If The Eaters of Light had been along the lines of a Classic Who story, I think they would have worked well together, but there wouldn't have been talk of romance or sex among them, even if homosexuality were more open then than it is now.  I favor having no sex talk at all, but as it stands, Bill mentioning that she prefers females for sexual activities, in the context of the episode, wasn't outrageous or irrational.

In short, I'm not up in arms about it, but wonder if I might be wrong and there might be an agenda behind it all.  After all, BBC America during the episode aired a promotional spot about 'Love' that featured only same-sex relationships from their shows: Doctor Who, Orphan Black and Class.

No mention of heterosexual love, which is more prevalent.  Curious that. 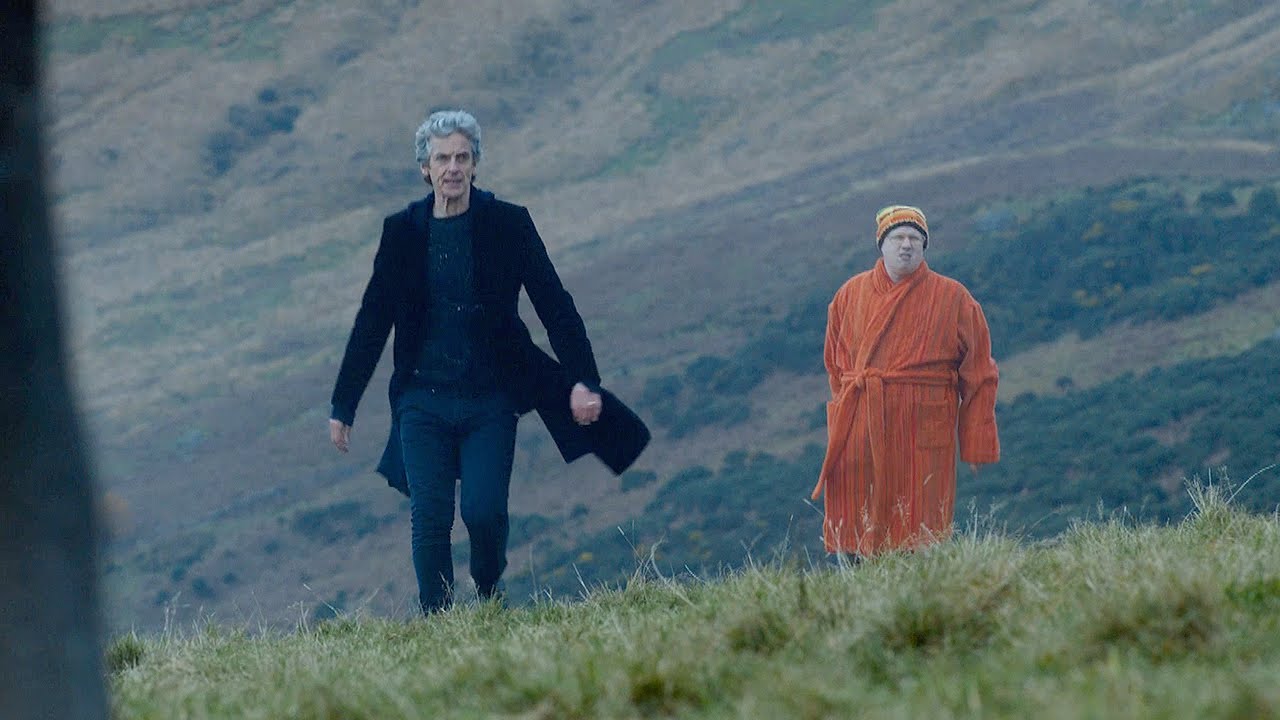 In terms of story, while the actual Eaters of Light weren't a great menace, they were menacing enough.  Again, if this had been made back when Doctor Who ran thirty minute episodes, it probably would have been a three or four-part story. The story holds up logically and gives the performances a chance to really showcase their abilities.

I think Pearl Mackie has done a sensational job as the Companion Bill: her mix of smarts and sensitivity a welcome tonic from the egoism of Clara and weepiness of Rose.  Here, she finds the logic, on her own, on how she is able to understand what these disparate groups are saying.  She hears English, the Romans hear Latin, and the Picts hear Celtic, so it is wonderful to see her think this through.

Granted, one wonders why she didn't think of this before, but we're not going to go into hysterics about it.

Capaldi showcases too why he would have ranked as one of the great Doctors if not for the lousy stories he's had to do.  Here, his willingness to sacrifice himself, his ability to take charge, to be dismissive of a child threatening him all work to make him a heroic figure with intelligence.

I also liked Benson and Vernel as Kar and Lucius respectively.  They worked well together and separately, both in their way showing they were in many ways too young for the burdens they had to carry.  It almost makes one sad to see them go and fight forever, though as warriors it isn't a surprise.

Lucas is still the odd man out, and read 'odd' in whatever way you want.  He wasn't necessary to the story and it went well without him.

Sometimes the humor seemed really dumb (such as when the Doctor claimed to have been a Vestal Virgin Second Class, a bit like Clarence in It's A Wonderful Life).  Still, apart from a few things like weak humor and maybe a bit of a rushed ending, The Eaters of Light is another strong episode in a Series that has really been a marked improvement over the last few.

Next Story: World Enough and Time
Posted by Rick at 7:08 PM