The Woman Who Has A Spider's Touch: Arachnids in the UK Review

STORY 280: ARACHNIDS IN THE UK

There is no going back.

Doctor Who is dead to me.

It's more cringe-inducing than the actual spiders.

The Doctor (Jodie Whittaker) has managed to get the TARDIS back to present-day Sheffield, where to all concerned, She and her 'Friends' Graham (Bradley Walsh), his step-grandson Ryan (Tosin Cole) and random bystander Yasmin Khan (Mandip Gill) have been gone for a mere half-hour. The Doctor signals She is rather lonely, so when Yaz invites Her over to tea, She eagerly jumps at the chance.

Good thing too, as Yaz's family faces unknown dangers. Things are already bad for "Yaz's Mom", also known as Najia (Shobna Gulati). She has just been fired from her first day on the job managing a swanky new hotel run by billionaire Jack Robertson (Chris Noth). Robertson is alarmed about 'something' in the hotel, and this 'something' is unbeknownst to everyone, affecting the Khans too.

Yaz's father believes there is some kind of conspiracy involving the Sheffield rubbish, and this leads them eventually to Robertson. Everyone but She recognizes him, with Her asking, "Is he Ed Sheeran?"

Robertson is EVIL with all caps. How do we know he's EVIL with all caps? Well, he's white, he's male, he's a capitalist, he's American, he let his poor assistant Kevin (William Meredith) get taken by the spiders and he likes to shoot guns. He may also be homophobic, for in the opening scene, he does not realize who Frankie (Jaleh Alp) is.

"I'm your niece's wife," she remarks, before getting bumped off. Yet I digress.

Anyway, She has tracked down the connection between the EVIL Robertson and the spiders. One of his myriad of companies is supposed to dispose of dead spiders which have been experiment on, but always cutting corners the company just dumps them in a rubbish heap, which happens to be right over the luxury hotel he's built.

I leave it to you to answer why there's a luxury hotel in Sheffield, but there it is.

The Doctress will not allow "Ed Sheeran" to kill the spiders. She also isn't keen on the idea that the EVIL Robertson fires "Yaz's Mum". "You can't fire Yaz's Mum and be President,", She declares. It takes a while for Her to realize "Yaz's Mum" has a name.

There is one last problem: the giant mother spider in the ballroom. She would rather gas it unconscious I think, but the EVIL Robertson has a simpler solution: just shoot it. She is angry, but in the end, the three 'Friends' go off with Her. 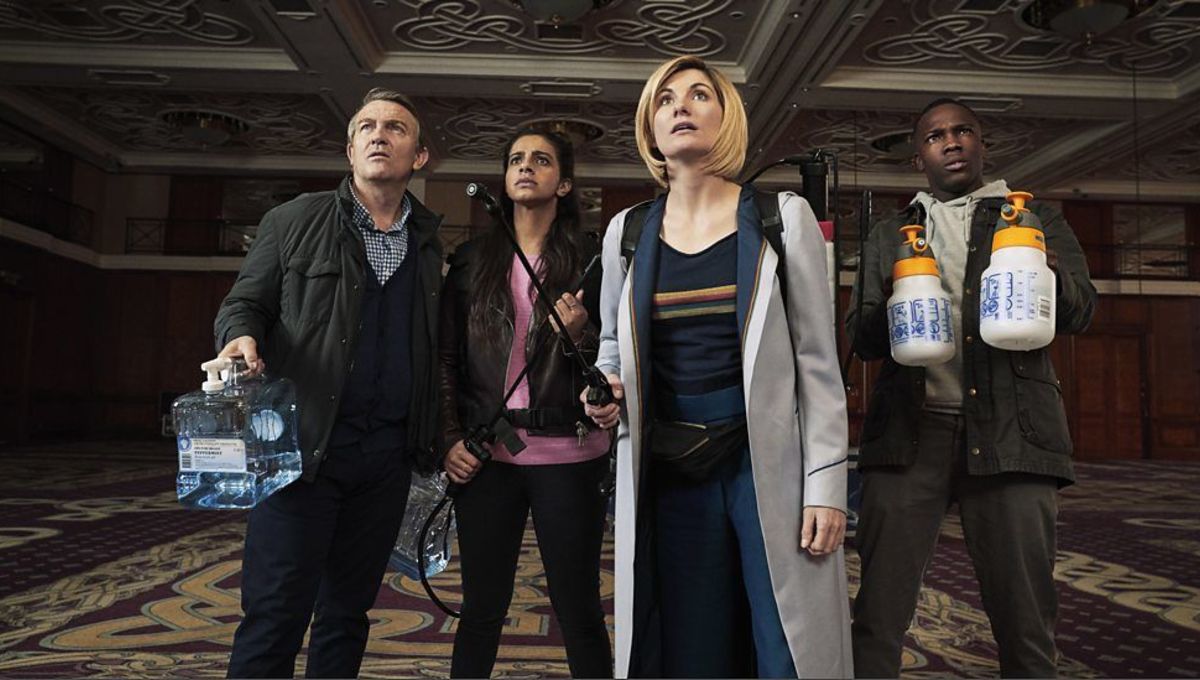 I gave Her and Doctor Who a chance. I sat through some simply frightful episodes like Sleep No More and Closing Time. I have endured the unendurable. I have suffered the insufferable.

I just cannot and will not do it anymore.

Arachnids in the UK is getting the typical glowing reviews and the squees from its group of sycophants, but for the life of me I do not understand how anyone could say this was actually good.

Whittaker has had four episodes to make The Doctor her own. Four episodes to put her own stamp on the character, controversially changed from male to female "because it's time we had a Female Doctor". At this point, we've pretty much gone from beyond whether it was right or wrong to do so. Instead, we have moved to 'what kind of Doctor is she?'

What Whittaker's Doctor is, is a pale impersonation of David Tennant and Matt Smith's version, a mere copycat to what we've seen before.

The "Is he Ed Sheeran?" bit. The referring to Najia as "Yaz's Mum". That is something the Smith Doctor would do.  Actually, that's something the Smith Doctor has done: in Dinosaurs on a Spaceship, the Doctor would consistently refer to Rory's dad Brian as "Mr. Pond", even after Mr. Williams shouted "I AM NOT A POND!" at him. Oblivious and clueless, Eleven blithely carried on.

Here, we have exactly the same 'wacky' Doctor we've seen before. Her inability to 'have small talk', her unsure if She and Yaz "are seeing each other" (which I hope they don't do only because it would be more "Companion in love with Doctor" nonsense), Her at times needy, at times irrational manner, it all smacks of someone doing very bad Smith or Tennant cosplay.

Whittaker has had enough time to make the Doctor her own, and it seems now so deranged to think that after they went through all that trouble to give 'little girls a heroine of their own', they end up keeping the character exactly as he was. She is a nonentity, no unique personality. It's just sad to see them waste so much potential for nothing. 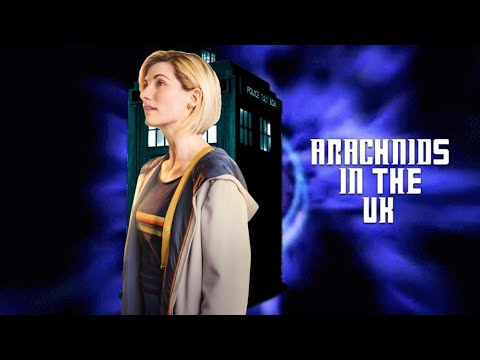 Whittaker makes The Doctor look thoroughly stupid, and not just in the deliberately "wacky" moments. Her big plan was to stick the spiders in a small room and what: let them starve to death or have them eat each other? What about the spiders in Graham's house and near the Khans' flat?

Chris Chibnall's script manages to make the worst of Mark Gatiss or Steven Moffat look like Caves of Androzani by comparison. The story is so daft it borders on comical.

Perhaps this is why Noth decided to play his "I'm not Donald Trump but I really am Donald Trump" Jack Robertson with such a wild, over-the-top manner. His performance made look like he thought he was in a comedy, a spoof of science fiction/fantasy.

Even that I could forgive, if not for the blatant politicking done here. Robertson is supposed to be plotting to run for President against Trump in 2020, as Robertson hates the 45th President. Yet he essentially is Trump, a wild caricature. From his "You're fired" line to running up to the giant spider waving his gun shouting, "I'm the future President of the United States. How's THIS for fire and fury?" this golden piece of dialogue, "What is wrong with you people?! What is wrong with this country?! Why don't you do what normal people do: get a gun, shoot things like a civilized person?!", Robertson is so blatant a caricature that even those of us who oppose Trump would say, "Dude, a bit much".

As a side note, that "What is WRONG with you people?" bit is Chibnall's take on how "Americans" are so much more inferior to the British because Americans all have guns.  There's a condescending, arrogant air to it all, and I say this as one who dislikes guns. Add to that, why would anyone vote for Robertson? Gill's Yaz came across as surprisingly wimpy for someone who is supposed to be a police officer, and Tosin to be fair was better but not by much. Ryan's 'shadow puppet' bit was amusing, but his bringing in 'grime' music to lead the spiders?

Out of all the cast, only Bradley Walsh had anything good. He is given something to do: explore Graham's grief over his late wife, and apart from seeing Grace's ghost it is the most rational moment in the whole sorry episode.

I thought out of all the 'Team TARDIS', Graham had the most logical reason for leaving. I wish it were he and The Doctor who would be a team.

There just was nothing in Arachnids in the UK that I thought was good. The plot drops things at convenience: what happened to the spiders in Graham's house and near the Khans' flat? what happened to semi-mad scientist Jade (Tanya Fear) or Robertson himself? The Doctor is unoriginal, a Smith clone one episode, a Tennant clone the next.

The spiders were good.

Next Episode: The Tsuranga Conundrum